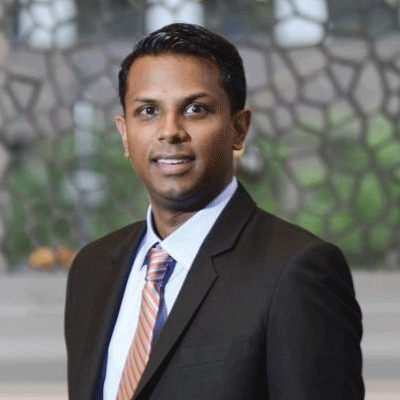 Ameeth Sankaran is CEO of Religion of Sports, an Emmy Award winning Media company co-founded by Tom Brady, Michael Strahan and Gotham Chopra, built on the thesis that sports are religion. The company produces content focused on a single narrative of ‘Why Sports Matter’ to explore themes such as greatness, resilience, and human potential, among others.

Since 2017, the company has raised $66MM in private capital, grown from zero to the mid 8-figures in revenue and produced thousands of hours of content across mediums.  Religion of Sports has won multiple awards including 3 Sports Emmys. Ameeth is an Executive Producer of Man in the Arena, Simone vs. Herself, Tom vs. Time, Greatness Code, Stephen vs. the Game, and the False Idol podcast among others.

Prior to Religion of Sports, Ameeth was a Family office Investor/Operator at 2M Companies and also spent 8 years at BCG.  He has a BS in Engineering from UT Austin and a MBA from Columbia.  He lives in Dallas with his wife and 2 kids.

All Sessions by Ameeth Sankaran