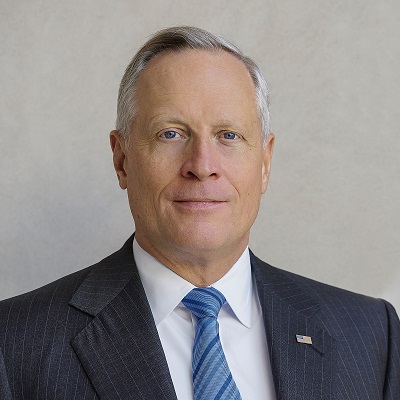 Dallas, Texas native Ross Perot, Jr. serves as Chairman of The Perot Group, which manages the various Perot family interests that include real estate, oil and gas and financial investments. Additionally, Mr. Perot is Chairman of Hillwood, a Texas-based, leading global real estate development company which he founded in 1988. Mr. Perot is a founder of Perot Systems Corporation and served in various roles including CEO, Chairman of the Board, and a member of its Board of Directors, until the company was acquired by Dell Inc. in 2009. Mr. Perot served on the Dell Inc. Board of Directors from 2009-2013.

Mr. Perot has won numerous awards throughout his life and career including the Gold Medal Award for Extraordinary Service from President Ronald Reagan, the Woodrow Wilson Award for Corporate Citizenship and the Secretary of Defense Medal for Outstanding Public Service. Most recently, Mr. Perot was inducted into Junior Achievement’s 2017 Dallas Business Hall of Fame, was named one of the Most Powerful Business Leaders in Dallas-Fort Worth as a member of the ‘Dallas 500’ by D Magazine and was co-awarded, alongside his father, the inaugural Vision Award from the Urban Land Institute North Texas District Council.

Mr. Perot currently serves as Chairman of the Board of the EastWest Institute and serves on the boards of the Dallas Citizens Council, Vanderbilt University, and the Smithsonian National Air & Space Museum.